The Tasmanian State Government had commissioned a $90 million re-development of the Risdon Prison Complex outside of Hobart and required easy-to-clean surfaces for the new cells. While not specified initially, the fact Jaxxon products offered a safer alternative that was ideally suited to correctional facilities was too hard to ignore.

The job included using 1335 and a specialty aggregate blend for over 2000m2 of self-level flooring, as well as 1515 on 2000m2 of walls. The colour chosen was a light brown customised for the prison. The freshly laid concrete floors were prepared through a simple wet grind, however the tilt slab walls were a different story. A specialist wash had to be used to remove residual release agents before the surface was water blasted.

Application of the self-level was done via trowel, followed by a spike roll to aid air release. Anti-slip modification was made to the wet areas by sprinkling fine aluminium oxide and encapsulating it with a thin coat of 1515. To avoid pinholes on the walls, 1515 was heated to improve flow and applied using a single-component spray rig in three coats.

Despite the challenges of inclement weather, including snow, rain and 30oC temperatures, and a large project with many trades working simultaneously, the application was finished within the strict handover timeframe.


⇒   Find this information helpful or know someone who might? Share it via the social media buttons on the left!

Get a
Free Quote 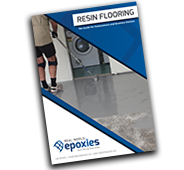